Since 2013, Caspari Center’s Israel Director Alec Goldberg has been producing weekly programs in the Russian language that are broadcast by Haifa-based online TV ministry Oasis-Media. One of the teaching series from the past year, entitled “Forgiving Our Debtors”, featured a detailed exposition of the parable of the unmerciful servant (Matt. 18:1-35). At a staff meeting earlier this year, the team suggested we rework this powerful teaching material into print booklets that could be used for small group or individual Bible study. Today the brochure is almost ready for the printer. It will be printed first in Russian, then in Hebrew. We may also add other translations in the future. Below is a short excerpt of the teaching. Enjoy! 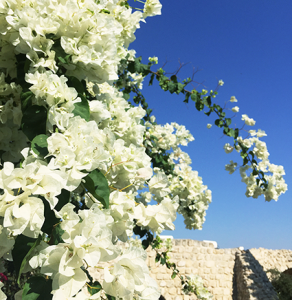 The first thing that strikes an informed reader of Jesus’ parable is the magnitude of the unmerciful servant’s debt. Ten thousand talents is the payment for 200,000 years (!) of a Roman soldier’s work. Isn’t the figure itself a message? It certainly is. Getting the answer right is essential if you desire to make sense of the whole parable and become a merciful and forgiving person. The message is that our own debt to God is inconceivably huge.

Facing such an astronomical sum at the presentation of the bill – billions of dollars in modern monetary terms – may evoke knee-jerk denial: “I am neither Hitler, nor Stalin, nor Mao! Where does that figure come from?”

The answer: “True, you are much more decent than these monsters – that is, from a purely human perspective. But not necessarily so from the divine one”.

Having realized the magnitude of our debt, we can better appreciate God’s mercy. As those who have received such great mercy, it should be natural for us to forgive our own debtors whose debts are, according to Jesus’ parable, very small compared to what we have been forgiven. And it is showing mercy that is the key to forgiving not in word only, but the Jesus way – “from the heart” (Matt. 18:35). Yes, pitying – and not ourselves only, but also the very people who hurt us.