Standing back to get a bird’s eye view of history through the lens of bible believers, we find many important landmarks in the calendar year of 2017. These notable points in history, spanning four hundred years from 1517 to 1917, involve both Christians and Jews, and all point to the centrality of Israel in God’s plan of redemption. The Lord’s incredible faithfulness to his covenant promises can clearly be seen in the restoration of the land of Israel to the Jewish people, who have been returning in increasing measure during the past hundred years. Some of these have also made the ‘ultimate return’, that of turning to Yeshua, the Jewish Messiah.

In order to bring his people back from exile, God has been meticulously executing his master plan for generations. One of his instruments was Martin Luther, who challenged the doctrines of the Roman Catholic Church and initiated the Protestant Reformation five hundred years ago by nailing his 95 theses to the door of Wittenberg Castle church on October 31, 1517. Consequently, the bible was made available to all believers, who could then read for themselves about God’s promised restoration of the Jewish people to their land and to their Messiah – and pray for this to happen. In Britain, the movement was led by the Puritans and from the 1790s, by the Evangelicals.

Among the Evangelical Christians was a British foreign secretary, Lord Balfour, who was convinced that modern Israel would be a fulfillment of biblical prophecy. He was the key person in the British Government’s decision of October 31, 1917 to reestablish a Jewish national homeland in Palestine, as it was called then. The decision, later known as the Balfour Declaration, would have been meaningless without the capture of Beersheba on the very same day, October 31, 1917. This victory opened the door to the conquest of the whole of Palestine, and to the subsequent rebirth of Israel as a nation, thirty years later. 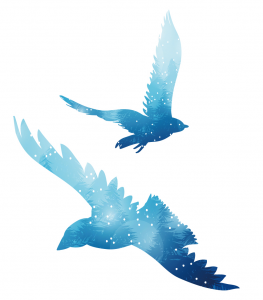 The Ottoman Turks had controlled Jerusalem since 1517. The British sought to regain control of the holy city after the Balfour Declaration was signed. British General Edmund Allenby captured Jerusalem on December 9, 1917, the eve of Hanukkah. Allenby, a devout Christian, felt that no violence should be used in taking Jerusalem, and he prayed to God for advice. The instruction he received was from Isaiah 31:5 “As birds flying, so will the Lord of Hosts defend Jerusalem; defending also he will deliver it; and passing over he will preserve it.” Allenby understood the prophecy as a reference to aircraft, not yet common at the time, and ordered his men to fly a number of sorties over Jerusalem at a low altitude.

The effect utterly demoralized the Turks, who fled the City without awaiting orders. As a result, Jerusalem was taken without a single shot. This Hanukkah, we celebrate the 100th anniversary of the deliverance of Old Jerusalem, the mother of all cities – interestingly, also celebrating the 50th anniversary of her reunification. “The restoration of all things” is happening in front of our very eyes (Acts 3:21). The Way has been prepared for his people to walk in. Many more will yet see that “It is the Lord” (John 21:7), the Redeemer and Deliverer of Jews and non-Jews alike.