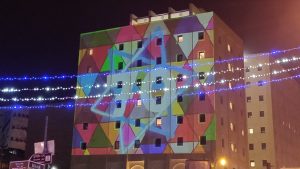 My Israel has turned 70. The year of its rebirth also has an interesting parallel: according to Genesis’ genealogies, Abraham was born in the year 1948 after the creation of the world. Abraham was the first Hebrew to receive the promise of the land and of becoming a blessing to all the nations of the world. In 1948 A.D., there was another event which was intended to be meaningful for all nations: “Then the nations will know that I the LORD make Israel holy…” (Ezek. 37:28).

I believe this prophecy from chapter 37 is directly related to the modern rebirth of Israel as a state. The text speaks of dry bones symbolizing the ‘whole house of Israel’. The birth of the state of Israel was preceded by the terrible events of the Holocaust, in which the people of Israel was exterminated systematically and in cold blood. The prophecy also mentions the resurrection of the slain (cf. Ezek. 37:9). Another detail is the return of Israel from among the nations where God had scattered them (Ezek. 37:21). Today we know that the Jews are coming back to their homeland from more than 100 nations around the world.

How can one retain hope when seeing dry, that is, dead bones? ‘Our bones are dried up and our hope is gone’ (Ezek. 37:11), we hear the people mourning over their fate. Perhaps a tiny glimmer of hope can reside in the soul’s depths… And precisely these words were taken up by the author of the Zionist anthem ‘Hatikva’ that later became the anthem of the state of Israel:

‘Our hope is not gone yet,

The hope of two thousand years…’ 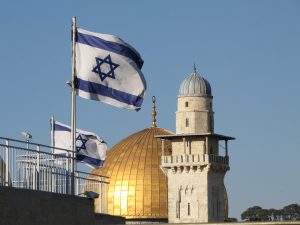 Unfortunately, neither the anthem’s author nor many other Zionist visionaries lived to see the prophecy’s fulfillment. Nonetheless, all of them are still a part of this miracle. On the other hand, a number of Jewish believers in Jesus who were physically present in Palestine in the late 1940s failed to see any value in those events and therefore left the country in April-May of 1948. Their fascinating story is described by Dr. Gershon Nerel, historian and researcher of Jewish followers of Yeshua. Those particular Jewish Christians identified with the British Christian community to such a degree that they became outsiders to the national cause.

I am very proud of the Jewish Yeshua-believing minority – later called Messianic Jews – who became a part of the Zionist movement, serving with the pre-IDF Jewish resistance movements (such as the Haganah), assisting with medical help, and volunteering in soup kitchens. They believed they were seeing the fulfillment of Ezekiel’s prophecy.

And God did a miracle. The state of Israel emerged, in which those few Messianic families that refused to leave, became citizens. They numbered, according to various estimates, between 20 and 40 individuals. Many of their names are well-known in the local Messianic body, today. Rachel Bar-David, sometimes called the mother of a modern Israeli messianic ‘tribe’ (the large Bar-David family), shared that when the British Christian organizations offered to evacuate them to England a few months before the Declaration of the Establishment of the State of Israel, they felt that in spite of all their fears, their family should stay and not leave Israel in this difficult time. The Bar-David family decided that remaining in the land would test their faith in Yeshua and in the promise of Israel’s restoration. I am especially pleased to mention that for a while they found refuge in the Alliance Church building, where I work today. This building sheltered many at that time, both Messianic believers and non-Messianic Jewish residents of the area.

The rebirth of the Messianic Jewish community is another miracle of the Almighty. The children and grandchildren of those twenty Messianic Jews who stayed in the country in that difficult time, in the midst of uncertainty, are blessed today to see with their own eyes between ten and fifteen thousand Jewish Israeli believers in Yeshua.

Our trust in God is shaped and built up when we see him fulfilling his promises. If he fulfills the promises he gave to his people, we can be sure that he will certainly complete his plan of salvation and redemption of all who believe in him – Jew and non-Jew alike. The rebirth of the nation of Israel inspires hope for all of humanity.