A short while ago, a man of European origin visited the Caspari Center, seeking help. He had heard that we “promote Jewish roots” in our ministry, and had been (mis)informed that we might be able to help him discover whether he had Jewish ancestry. He told me his surname, deliberated over whether it might be a Jewish family name, and expressed an interest in genetic testing. I immediately clarified that this is not our area of expertise, nor is it what we refer to when talking about “Jewish roots”. This man and I proceeded to have a long talk about the policies regarding Aliyah (immigration to Israel). I don’t know if the man left us disappointed, but unfortunately, I was unable to support his dream. 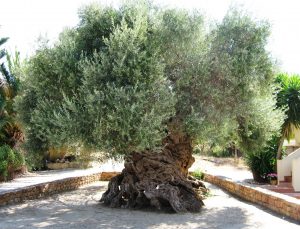 It is possible that this man will ultimately discover that he has some Jewish blood. There are people who uncover things hidden from their families for generations, and come to the realization that they are descendants of Jews. Those who can prove their heritage to the satisfaction of the Ministry of the Interior might even be eligible for Aliyah. But vastly larger numbers of genuine Israel-loving believers chase after a secret, lost identity as members of the Chosen People, and they tend to find “evidence” of it in the most peculiar places. Reasoning in various ways, they find everything but legitimate proof. I often wonder: what are these people actually chasing after? Are they yearning for a feeling of belonging to a community? Are they searching for something more meaningful than what they already have as Christians? Deep down in their hearts, are they not convinced that they are truly chosen and loved by God?

There is another group of Christians, which also causes me to scratch my head in perplexity, that doesn’t want to be termed “Christian”. Being “Christian” is not enough for these believers. To their minds, the Church has done nothing but mislead innocent people throughout the centuries. Simple faith in Jesus is not enough; the supposedly pagan background of Church teachings must be denounced, and the Jewish Law observed. This, despite the apostle Paul’s clear instructions to the Galatians (among other writings), where he specifically underlined the Gentiles’ freedom from observing the Jewish Law. The apostle also warned against Judaizing, when it is targeted at Gentiles. According to Messianic Jewish theologian David H. Stern, “Judaizing” Jewish followers of Jesus (encouraging them to live as Jews) cannot be heresy. But there are some Jews on the outskirts of the Messianic movement who teach this also to Gentiles as a kind of “Church revival”. Generally speaking in the Christian/Messianic faith, there is always a danger of letting our focus slide from Jesus to other less central issues, and this is especially true when Gentile believers get immersed into the religious and cultural world of Judaism.

For me, it was startling to realize how differently we can understand this matter of Jewish roots. Teaching Christians to value our Jewish roots is one of the main themes of our international courses here at the Caspari Center. But what do we mean by “Jewish Roots”? And how do we approach this topic in a balanced way?

Exploring the Context of the Bible

Our goal is to increase understanding of the bible and the Gospel message in the way the writers intended. The entire bible, including the New Testament, is a very Jewish book. Knowing the context and the circumstances of the writings can help the reader understand what the texts mean. There are instances where improper biblical interpretation has led to full-scale false spiritual doctrine. For example, have you heard teaching about “binding and loosing spirits in prayer”? This mistaken teaching can be found in certain charismatic circles in the Church. But what did Jesus really mean in Matthew 16:19 and 18:18, where he spoke about binding and loosing? “Truly I tell you, whatever you bind on earth will be bound in heaven, and whatever you loose on earth will be loosed in heaven” (Matt. 18:18). The first-century rabbis were constantly asked to interpret biblical commandments. Rabbi Yeshua gave Peter and other disciples the authority to “bind” (forbid) and “loose” (permit), meaning they were authorized to interpret scriptural questions regarding spiritual and practical matters in the early Messianic community (Kaufmann Kohler, David H. Stern). Acts 15 includes a description of how the apostles exercised this authority in creating a new Messianic Jewish halacha (literally “way of walking”).

Wouldn’t it be wonderful to enter a time-machine and travel back to the days of Jesus and the disciples? When interpreting the bible, we will always question how to understand the words written almost 2000 years ago. Continuous academic research is needed to bridge the gap. And of course, the Church has its centuries-old hermeneutical traditions. After the first centuries, the ways of Judaism and Christianity parted, and the Church lost touch with her Jewish roots in many respects, or at least the awareness of them. The traditions and theologies in the Church often tend to be anti-Jewish. On the other hand, rabbinical Judaism developed its own biblical interpretations. Some of them are reactions to Christianity, and we cannot approve of them without reservations. Neither does rabbinical Judaism have direct access to the Second Temple period any more than does Christianity. But there is still much valuable heritage of bible interpretation to be gleaned from traditional rabbinical Judaism. By reading the New Testament, not only through Christian but also through rabbinical lenses, we can increase our understanding and shed light on the texts in a new way – or in a very old way.

Academic research and education is required. Being a qualified theologian still doesn’t guarantee that you really appreciate the Jewish roots of the faith. If we say we are connected to the Jewish roots, it should have some implications in our theology, too. What kind of implications? How do we understand the relationship between Christianity and Judaism? I don’t have all the answers as I myself am still engaged in a happy struggle with this same question! We will continue to examine this very topic in a couple of weeks. Check our website for Part II, in two weeks.