As a Russian Jew, I don’t think I had even heard of Hanukkah before the glasnost times. My parents themselves, though each fully Jewish, weren’t aware of the meaning of Passover, let alone the less significant Jewish holidays. In the USSR, believing in God and going public about it was not an option – not if you hoped to obtain a decent job and social status. Prior to Gorbachev’s perestroika, the only big winter holiday was “noviy god”, the New Year. Of course, on January 7, there were those who also celebrated “rozhdestvo” (Christmas). The ones who were serious about it would go to church – a structure with an onion-shaped roof – the evening before. But these people were very few, and as a Jew, I couldn’t even have considered joining them. After all, it was we Jews who had killed their Christ, as so many of them truly believed, and would not hesitate to tell me, when drunk or angry. 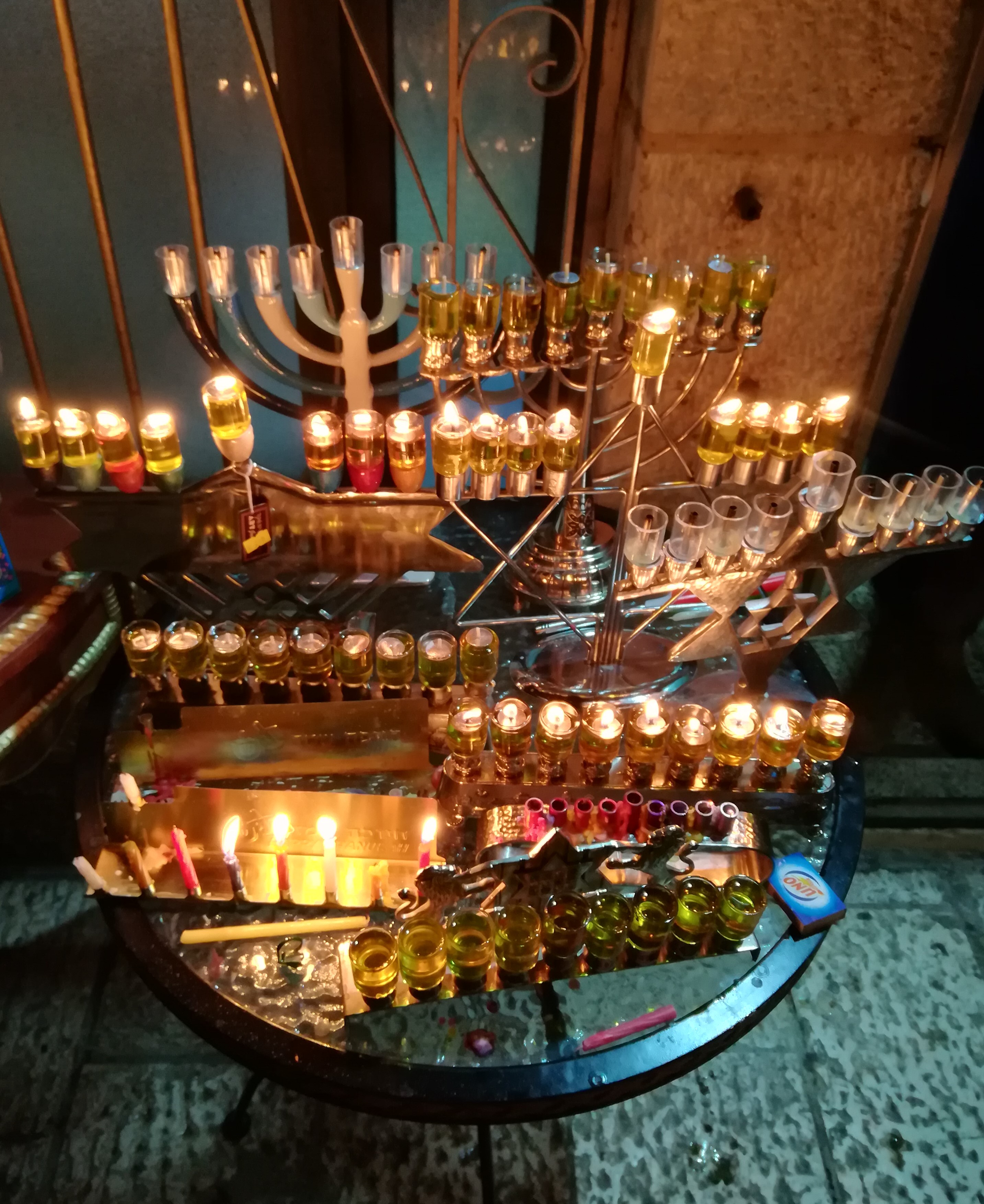 Fast forward to the early years of Putin’s rule. Coming to Israel, and soon thereafter adopting a Messianic Jewish identity in this new land, I was faced with a question: what holidays do I celebrate now that I am no longer a Jewish agnostic living in Russia, but an Israeli Messianic Jew? “Noviy god” is not really an option, I reasoned.  For one thing, it’s a secular holiday. For another, as a Jew, I now desired to follow the Jewish calendar, a calendar which already contained four New Year celebrations, and certainly did not need another one.

As someone who values Jewish history and tradition, it was important for me to observe Hanukkah. As a believer in Christ, I was also considering Christmas. But could I celebrate both? The customs involved in celebrating Christ’s birth are viewed by most Messianic Jews as being of pagan origin, and as such, many of us refrain from celebrating Christmas. But focusing on the idea that it’s a celebration of the Messiah’s birth, Christmas can actually be viewed as a Jewish holiday, I reasoned. So why not celebrate Christmas?

Over the course of my first few years in Israel, these thoughts would run through my mind every December. To add to this dilemma, I now needed to decide what I should tell my young Israeli-born daughter who knows nothing about paganism, or Jewish-Gentile “parting of the ways”, and almost nothing about Russian culture, when she asks: “Dad, I want a Christmas tree this year – it’s so pretty when it’s lit up with colored bulbs! Please, Dad – p-l-e-e-e-a-s-e can we have it?”

And then a new twist was added to the mix. Or rather, an old twist. I recently heard of a novel cultural trend in Israel, another winter holiday celebration. Can you guess what it’s called? I’ll give you a hint: it’s Russian in origin. This latest Israeli celebration of the new Gregorian calendar year is called “noviy god”… and not just by my fellow Russian-speaking immigrants, but by native Israelis.

What’s the point of all of this? Identities are tricky, and they develop in tricky ways. Sometimes, in ways more tricky than we would wish. But isn’t that how life is, in general?