We have embarked on a new project in collaboration with Machaseh, a non-profit charity association. The project is a “Taboo” Forum discussion panel which will address topics most of us would generally prefer to avoid. The first discussion panel, on November 26th, was on the topic of domestic violence.

We had three panelists: Rev. David Pileggi from the Anglican Christ Church, Fr. David Neuhaus from the Hebrew Catholic Community, and messianic pastor and psychologist, Yonatan Almeida. All three admitted that unfortunately, violence and abuse are also perpetrated in believing families. In the Arab/Middle Eastern culture in particular, the ideas of shame and honor dominate society. Violence is considered relatively normal, even in Christian Arab circles, where the mindset is: “Beating is okay as long as you don’t leave marks.” The fear of losing face or bringing shame on their families prevents people from seeking help. They don’t go to the authorities, which they don’t view with trust. Even if they were to turn to the authorities in East Jerusalem or the West Bank, the police would be unlikely to take action in such matters. 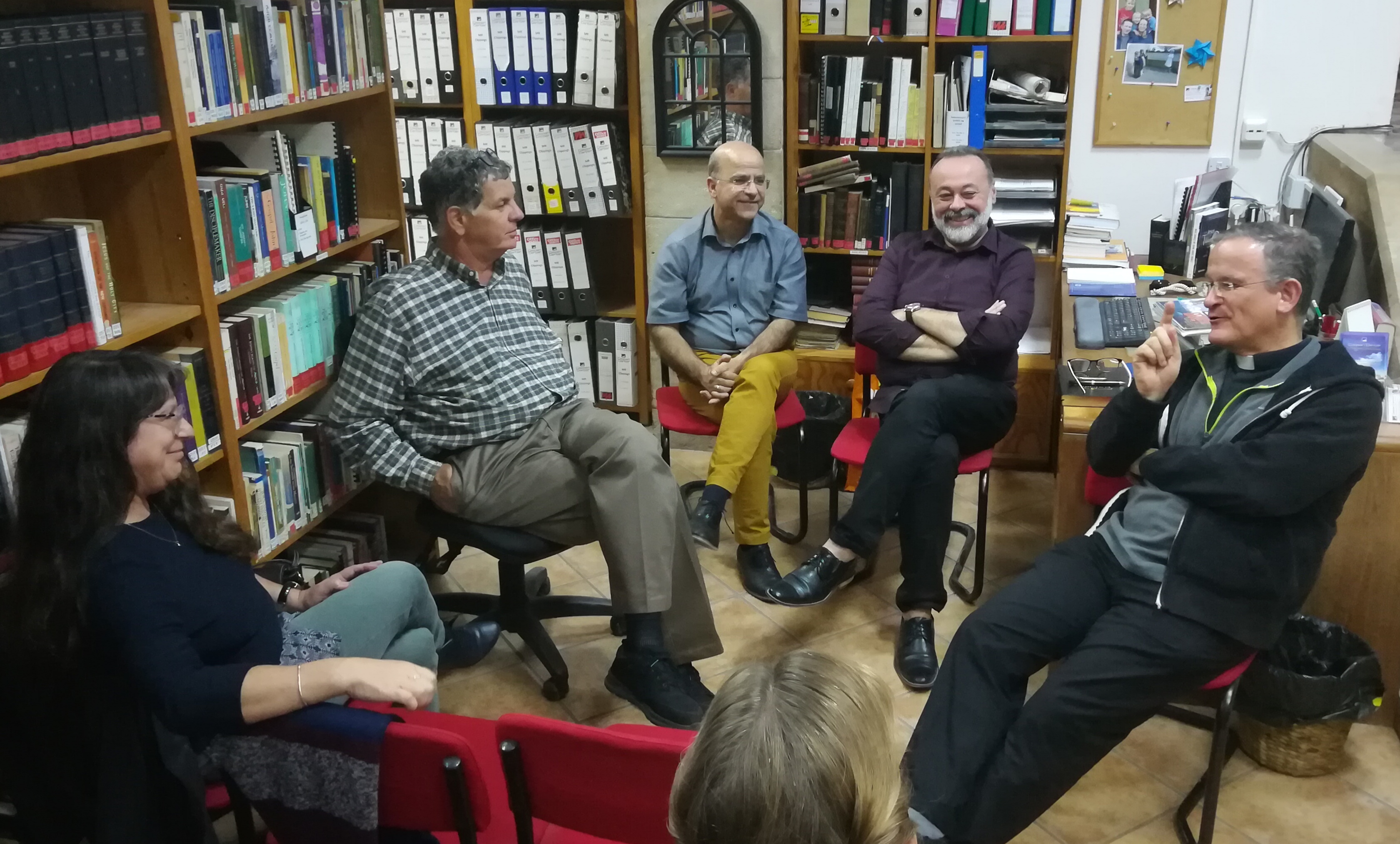 Christ Church is located in the Old City of Jerusalem, and is easily accessible for anyone seeking help. David Pileggi reported that every now and then, unknown women come into the courtyard to talk about their problems, and during the discussion it becomes evident that the real issue is domestic violence. Helping these people takes professional skills, and Christ Church has developed a good relationship with a local social worker. Fr. Neuhaus commended the various local organizations (governmental and non-governmental) which help with these issues for having the skills and the social structures in place to help the victims. In the case of domestic violence, it’s crucial for the pastor and congregants to ally themselves to support these processes, and refrain from covering up or diminishing the problem, as is likely to happen in dysfunctional families.

A wrong spiritualization of domestic violence was discussed at length by the panelists and the audience. Israel tends to be a rather patriarchal society (more so, in certain communities), and the bible teaching in congregations often emphasizes traditional marriage roles. As a consequence of this, some people may wrongly conclude that it is okay for a man to physically dominate the wife, and that the wife must submit to her husband unconditionally. Lena Levin, Machaseh CEO, desires to see more pastors and leaders commit themselves to teaching that promotes healthy family dynamics.

Interestingly – and horrifyingly – at the same time as the topic of domestic violence was being discussed in the Caspari Center library at a theoretical level, a true-life demonstration of it entered our premises. Just as the “Taboo” Forum began, a woman slipped into the building, seeking shelter. She was panicky, and said that she had just been beaten and could not go home. This woman didn’t know us, nor did she know the theme of the evening, yet she had miraculously found us at a time that we could help her. (Normally, our building is closed and empty of personnel in the evening.) She remained in our kitchen until the evening ended, at which point Lena was able to care for the woman and bring her to the help she needed.

The “Taboo” Forum will continue in the coming year, as we bring up more difficult issues. On January 28th, we’ll attempt to end the silence around suicide, and on February 25th, the topic of divorce in the congregation will be broached.