Standing in the Herodion palace, I admire the frescoes on the wall. The colors are bright and beautiful. It’s almost impossible to believe that the renovation of this room was completed over 2,000 years ago, in 15 BC. Above the red-toned frescoes, you can see lovely painted patterns of flowers and vines, and between them are beautiful views, like small windows. In this room, there is a sense of being in paradise. We have just passed the theatre and walked through the ruined porch and the Roman spa. I feel as though I have been transported to the time of Herod the Great, the Roman client king of Judea (73-4 BC). I am a guest in Herod’s palace.

Herod the Great built this fortress, which carries his name, 11 kilometers from Jerusalem. It was meant to be a palace, a fortress and an administrative center. From the top of the artificial mountain, you can still see how enormous this construction project was. The king incorporated all the innovative Roman know-how to build this great masterpiece. In the original fortress were seven floors, a double wall, four towers, a spa, a flourishing garden and the ruler’s luxurious living quarters. One of the towers was 40 meters high.

The Emperor Augustus had expanded King Herod’s territory to include Judea, Idumea, Galilee, Samaria and wide expanses on the eastern side of the Jordan River. To show his gratitude toward the emperor, Herod the Great built the Caesarea port. He also rebuilt the city of Samaria, renaming  it Sebaste, in honor of Augustus. One of the most ambitious projects was rebuilding the temple in Jerusalem.

Herod the Great is recorded as having been a cruel and paranoid ruler. He murdered one of his ten wives, three of his sons and many others whom he suspected might present a threat to his position or that of his descendants.

After Jesus was born in Bethlehem in Judea, during the time of King Herod, Magi from the east came to Jerusalem and asked, “Where is the one who has been born king of the Jews? We saw his star when it rose and have come to worship him.”

When King Herod heard this he was disturbed, and all Jerusalem with him. When he had called together all the people’s chief priests and teachers of the law, he asked them where the Messiah was to be born. “In Bethlehem in Judea,” they replied, “for this is what the prophet has written:

“But you, Bethlehem, in the land of Judah,
are by no means least among the rulers of Judah;
for out of you will come a ruler
who will shepherd my people Israel.”

Then Herod called the Magi secretly and found out from them the exact time the star had appeared. He sent them to Bethlehem and said, “Go and search carefully for the child. As soon as you find him, report to me, so that I too may go and worship him.” (Matt. 2:1-8, NIV)

The bible describes how King Herod received a prestigious delegation from the east. This convoy, and their questions, caused turbulence in the whole of Jerusalem. Priests and scribes were able to answer that the Messiah was expected to be born in Bethlehem. Herod desired to know everything about the star that he himself hadn’t seen. He convinced them that he wanted to bow to this child, this new king. The visit troubled Herod’s mind enormously, and he waited impatiently for the Magi to return.

As I stand at the Herodion fortress, I can visualize him peering from the tower in the direction of Bethlehem. The distance from there to Bethlehem is only five kilometers. From this spot, I realize, the return of this special group would have been noticed immediately.

It was part of the divine plan for Messiah Jesus to be born during the reign of this particular king. God is able to execute his plans even in the most dangerous-seeming situations. In this instance, God warned the Magi, and they returned home another route. 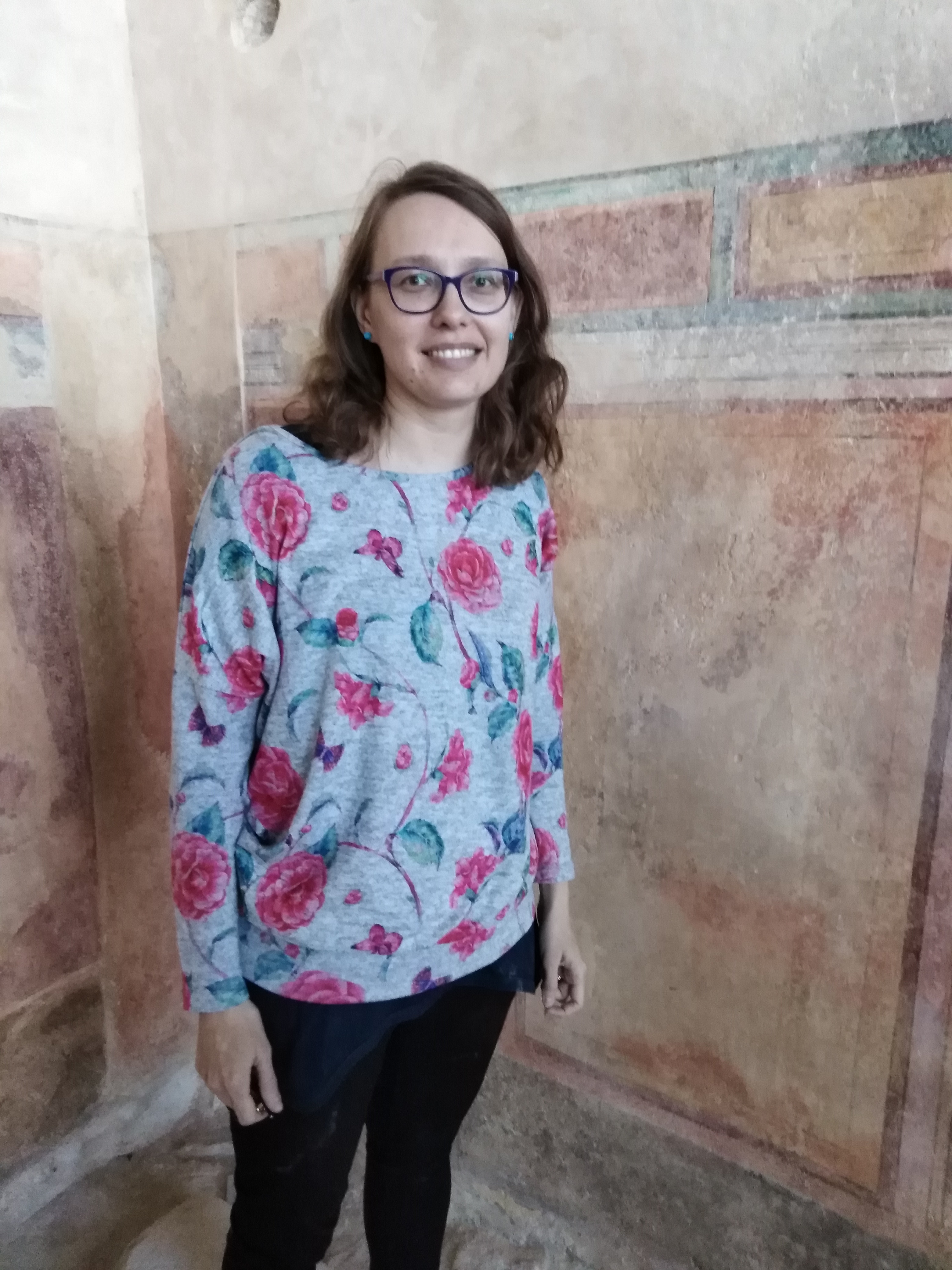 The author Katariina Leskelä in the palace of Herod the Great.

A similar thing happened with Joseph: The angel appeared to him, and Joseph, Mary and Baby Jesus fled persecution to Egypt. When Herod understood that he had lost the Magi, he killed all the baby boys in the Bethlehem area, aged two years or less. There was no room for a new king. Though Herod the Great had heard of the Messiah, he didn’t humble his heart. As a sign of his own  elevated status, he forged a coin with the star of Messiah.

I return to the here and now, in this beautiful room in the palace of Herod the Great. The colors of the paintings are still visible, though some pieces have fallen from the frescoes. The vine patterns on the walls are partially destroyed. This room speaks about longing for a paradise. In Arabic, Herodion is called “A Mount of a Small Paradise”. Man searches for a paradise. He tries to build it, but it doesn’t last. Jesus was lain in a humble manger in Bethlehem, even though there was a ready-made, magnificent palace only five kilometers away. Jesus came into this world to save us and to prepare paradise for us. A humble prayer opened the door to the paradise:

Then he said, “Jesus, remember me when you come into your kingdom.” Jesus answered him, “Truly I tell you, today you will be with me in paradise.” (Luke 23:42-43, NIV)

The writer was a participant in the 2019 Caspari Center “Discovering Jesus in His Jewish Context” course. The upcoming course will take place April 19-30, 2021. For more information on the course, please go here.