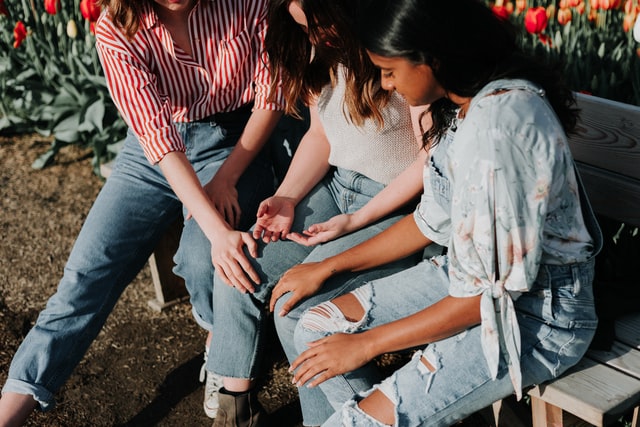 In the broadest context, it is the question of woman’s place and function in the family, society, and the church vis-a-vis those of man. Over the last two years, Caspari Center has been surveying the Israeli Messianic fellowships, and among the questions raised was one that dealt with the possibilities of female congregational ministry and leadership. Below, we briefly present some of our findings in this important area of congregational life.

David Serner, Director of International Studies at Caspari Center, who is also a pastor in the Danish Lutheran Church, and I interviewed, mostly by telephone, over 200 leaders of local fellowships. Our question was not whether women continue to play active and important roles in the congregations, leading worship, teaching children and youth, serving as deaconesses, etc. That was a given to us, as we knew the situation from both personal experience with the Israeli Messianic movement and from various sources. The goal was to find out if a woman is allowed to teach the whole congregation, i.e., a group consisting of both women and men, and if so, in what specific leadership capacity. The relevant question in our questionnaire therefore went as follows: “What is the highest leadership position in the congregation available for a woman?” The standard answer options were: senior pastor; co-pastor; teaching elder; ministry leader with no teaching authority over men; teacher; and undefined.

According to the figures we obtained after processing all the answers, the Israeli Messianic movement in general is quite open to the idea of women teaching and preaching to men: only 32%, i.e., less than a third of the fellowships, do not accept it. Most unified in their support of female teaching ministry are the Spanish- and Amharic-speaking congregations, while the Hebrew-speaking ones are the most conservative, with close to a half of them (45%) believing that a woman should not teach a man. The Russian- and English-speaking communities occupy the middle positions between the two aforementioned groups, but of the two the Russians are more conservative.

This picture is a reflection of the attitude to the spiritual gifts — another area of congregational theology that was on our radar: while the Hebrew-speaking congregations are the least charismatic on average, the Amharic- and Spanish- speaking are the most charismatic. An obvious theological explanation of the tight correlation between the two findings is that acknowledgement of the 1 Cor. 12 Spirit gifts opens the mind to the importance of gifts in general, including ministry gifts, and the possibility of the latter being unconditioned by gender, just as the former (cf. Acts 2:17–18, 21:9). Kai Kjær-Hansen and Bodil Skjøtt, who did a similar survey in 1999, came to a conclusion that was virtually the same but framed with a different point of reference in mind:

The survey indicates that the introduction of women pastors or women in eldership does not derive from the influence of veteran, foreign organizations working in Israel but is a development within the Messianic Movement, one which is closely related to immigration and the charismatic movement. The occurrence of women elders/pastors is also limited to post-1990 congregations.

With all the above said, let us also distinguish between beliefs and reality. Although many fellowships feel positive toward female leadership, only a minor fraction are indeed led by a woman. We have found four fellowships where a female is the main leader; of these, two are house groups, and two are congregations. Irena Friedman, pastor of the “Rivers of Living Water” congregation, leads not one congregation but a network, in which some fellowships are also led by women.

There are also nine congregations where, according to the interviewees, women serve as co-pastors or co-elders together with their husbands. The number is probably not quite accurate, as some congregations where women de-facto serve as co-pastors, either did not grant an interview or did not answer the question or are unwilling to be recognized as such.

Finally, there are those congregations where women teach and preach, but do not serve as co-elders or co-pastors. It is difficult to state the number of such congregations exactly, but our general impression is that they are not a majority. Some leaders are open to female spiritual leadership in principle, but would not allow them to preach or teach the entire fellowship due the sensitivity of the Israeli male-dominated culture.

Of the four fellowships led by women, three were founded after 1999, and we see that the openness of the Israeli Messianic movement to female spiritual leadership is growing. Pointing to specific reasons for this acceptance with certainty is difficult, but the influence of Western theology on female leadership and church culture are two likely factors. To do justice to the work of K. Kjær-Hansen and B. Skjøtt, one might add that the Western influence on the Israeli Messianic movement is coming not necessarily through the few foreign agencies still working in the land, but primarily through multiple direct connections of local leaders with various foreign churches and movements that support them in different ways.

On a personal note, I could add that many developments in the Israeli Messianic movement, including the attitude toward female spiritual leadership, are identical to theological drifts of Western evangelicalism — the part of global Christendom that the Israeli Messianic mainstream is aligned with more than with any other. It is no secret — and if it was, it won’t be any longer after the coming publication of our survey’s results — that financial support plays by no means the smallest role in this alignment. Before one rejoices or grieves over the present Israeli Messianic solutions to the female question, it would be good to ask oneself: How authentically Israeli are these solutions?

1 “Co-pastor” here is a married woman serving as a pastor alongside her husband.