The Messianic fellowships are still predominantly immigrant congregations – almost half of them have their main service in Russian, with Hebrew-speakers coming in second. 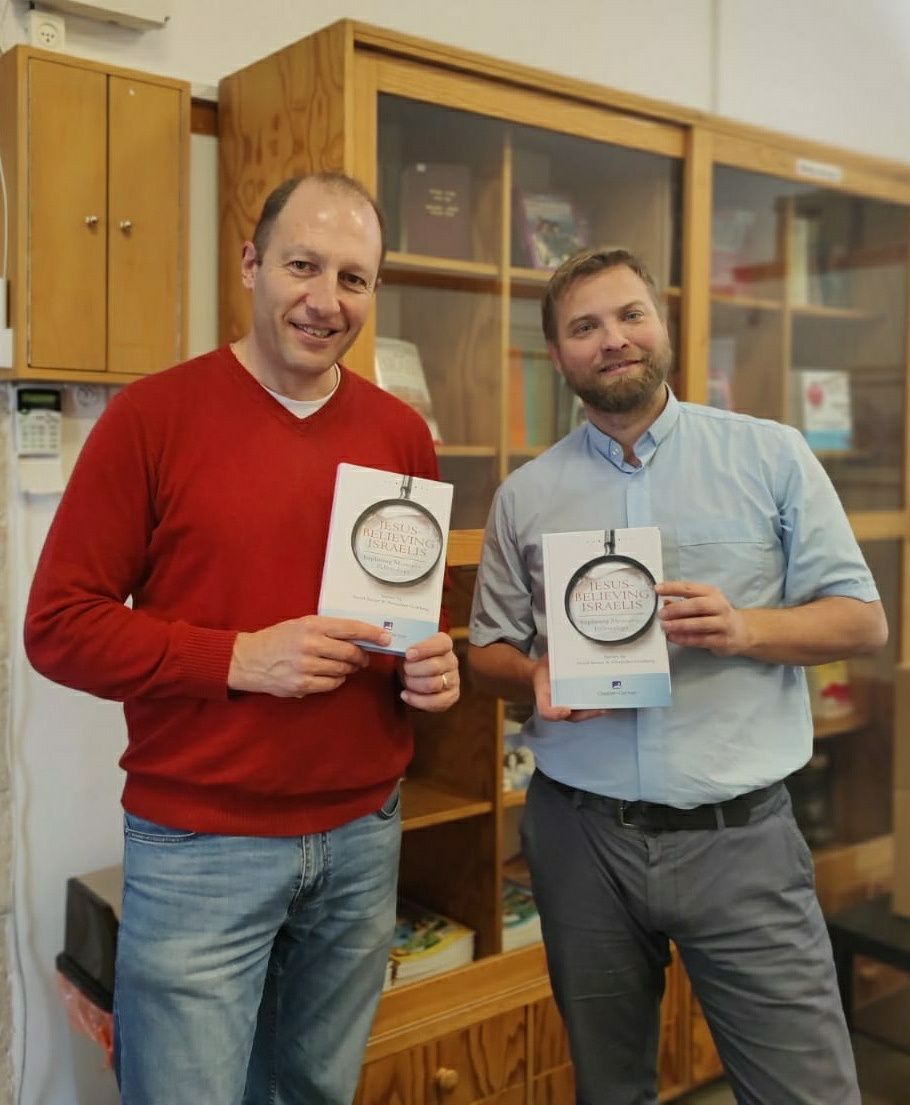 Director of International Studies David Serner and Israel Director Alec Goldberg have been working tirelessly for months to cross all the t’s and dot all the i’s of their research into Israeli Messianic congregations. Now, at long last, the book has finally been published.

“In this huge endeavor, even the Covid pandemic turned out to be a blessing,” says David Serner. “By March 2020, we had already called one congregational leader after another to answer our questions. When the whole world was locked down, and almost everything else in our ministry was put on hold, our plates were cleared for us to focus on organizing the data.”

The number of calls made and emails sent is astonishing. Serner and Goldberg approached all the fellowship leaders they could locate, altogether 280 people, of whom 273 responded. Most of them were happy to participate in the survey. When asked what his favorite part of this huge project was, Goldberg answers without hesitation: “The personal discussions with the pastors!” He goes on to explain: “The figures and information we received were from firsthand sources. We made it very clear to the interviewees that our goal is to obtain realistic numbers. We’re very gratified by the trust the leaders showed us.”

Evangelicalism With Some Jewish Cultural Spices?

The 1999 predecessor of this survey from 1999 observed that in its basic theology, the Messianic Movement can be described as “Christian” or Evangelical.

“The general impression is that over the last 20 years, the situation has not really changed,” David Serner notes and continues: “This does not mean that there is no theological reflection going on or that no change has occurred. For example, a number of congregations view the Mosaic covenant as still valid for Jewish believers. They seek to express their faith in a more Jewish way. Some of them have changed their theological orientation from a clearly Evangelical one to a much more Jewish one. However, the number of fellowships that have gone all the way – considering rabbinical authority as binding to some degree – is small. Most of the communities blend Judaism with their faith largely on a cultural level. They celebrate Jewish festivals and include Jewish elements in their liturgy, keeping the Evangelical core intact.”

The Invisible Facet of the Movement

Many facts have remained the same in 20 years’ time. What has changed?

“The movement has grown,” Goldberg states the obvious, laughing. “But seriously, even though the total number of Messianic believers might not appear that striking, the encouraging truth is that it has grown proportionately more than has the general population.”

David Serner adds: “In 1999, there were 5,000 believers worshiping in Messianic congregations in Israel. The number of believers is 3.1 times greater today.”

The obvious reasons for growth are immigration, as well as the natural growth of Messianic families. But what about evangelism? Does evangelism bring new members to the congregations?

Serner answers: “We don’t know exactly. We asked that question in our questionnaire, but we didn’t really get a definitive answer.” Evangelism is an extremely sensitive topic in Israel. Believers and congregations still face opposition and discrimination in Jewish society, specifically from anti-missionary organizations, despite the fact that the general Israeli population is more and more in favor of defending their legal rights.

The most secretive, invisible sector of Jewish believers is composed of those who live as Orthodox Jews and worship in synagogues. Goldberg and Serner were able to connect with a few of them. It is impossible to estimate how many there are, because these secret believers have very limited contact with other followers of Jesus. The number might be around 100 but could potentially be much higher. “They consider that the synagogue is the God-ordained place for a Jew to worship,” Goldberg explains. “The rabbis have authority over their lives and faith, but it doesn’t exceed the authority of the New Testament.”

“Discussions with pastors reflected the common belief that the Messianic movement is considered to be a part of God’s purpose to restore the early Jewish Jesus-believing community of the book of Acts,” David Serner reports. “Although we didn’t specifically ask about that in the questionnaire, this fascinating idea arose often in conversation with the pastors. It seems to be at the core of the self-definition of many Messianic congregations.”

In their survey, Alec Goldberg and David Serner described the Messianic movement in Israel as “eschatological restorationism”. While the present-day State of Israel is not considered flawless, it is seen as the fulfillment of Biblical prophecies about physical and spiritual end-time restoration, still to be completed.

Sitting before me in the Caspari Center kitchen are two content-looking men, happy to have concluded an intense marathon of a project. The years of focused effort are finally over: the race has been won. I feel exhilarated when I listen to them. Jewish believers in Jesus are a small minority in Israel and in the global Body of Christ, but they are definitely worth noticing. Their strength is the faith in the eternal calling guaranteed by the Scriptures. The Messianic movement in Israel is alive amid God working out miracles and the destiny promised in the Bible. What an uplifting view of future!

Our new book, “Jesus-Believing Israelis: Exploring Messianic Fellowships”, is available on our website and in the Caspari Center office in Jerusalem. The Kindle version is available on Amazon.com.