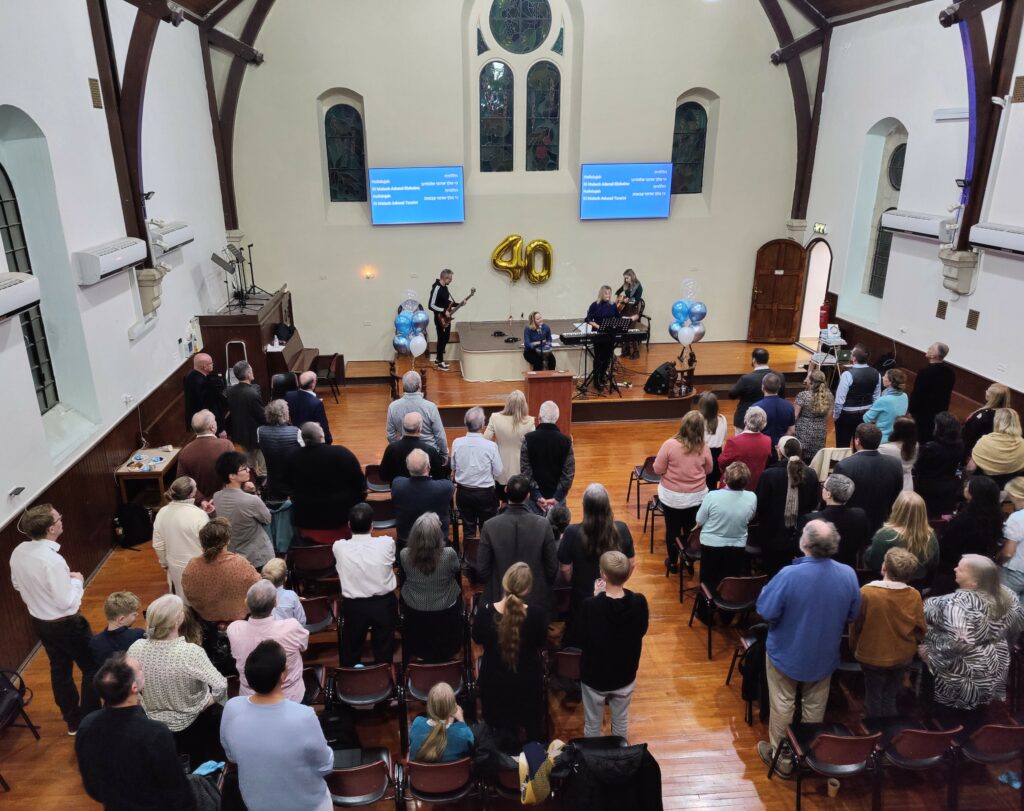 How It All Started

The Caspari Center celebrates its 40th anniversary this year – a milestone which gives an opportunity to look back at four decades of service to and as part of the growing Messianic movement in Israel.

Personally, I have been privileged to be connected to the Caspari Ministry in some way or another during these 40 years. I even attended the inauguration of the Center back in November 1982 at French Hill when I was a young boy, or at least I believe so. I say this because, to be honest, I have no recollection of the event and can only rely on my father’s assurance that I must have been there, since he was.

The story of the Caspari Center, however, actually goes back 50 years. At the general assembly of the NCMI (Norwegian Church Ministry to Israel) in Bergen in 1972, a spontaneous suggestion was made to establish a Christian study center in Jerusalem.

The idea to establish ministry in Jerusalem had been the vision of NCMI’s pioneer, Magne Solheim, who served in the country for almost 30 years and planted the congregations in Haifa and Tel Aviv now known as Beit Eliahu and Immanuel Church. The famous Pastor Richard Wurmbrand, who was closely connected to the congregation in Haifa, had also often asked NCMI workers: “Why aren’t you in Jerusalem? After all this is the place from which the good news about Jesus once went out to the world.”

Following this proposal, in 1973, Magne Sæbø, who would later become the first Chairman of the Board of Caspari Center, was sent to Jerusalem to look into the need for a new study center. He concluded that “there are already many Christian study centers in Jerusalem, but there does not seem to be a center with a clear Christian profile that focuses primarily on Jewish studies, Jewish Christian relations and with a focus on the local Jewish believers.”

In 1975 the NCMI decided to establish a study center, and the Caspari Center was opened on French Hill in 1982. By this time, Caspari Center was already a partnership ministry, with Norwegian, Finnish and German organizations involved, and a strong local base through influential leaders such as Baruch Maoz and Menachem Ben Haim.

From its beginning under the leadership of Ole Christian Kvarme, the Center’s main vision was to “train and educate mature and motivated believers for conscious Christian life, for congregational leadership and evangelism.” The Caspari Center became the first in the land to offer theological training in Hebrew, focusing primarily on the local Messianic movement and congregations.

Times of Growth and Crisis

The work was started through the TELEM program (תוכנית לימוד משיחית). Study material on books of the Bible and ministry work were produced in cooperation with HaGefen Publishing. Tutors traveled all over Israel to teach local groups of students. At the same time, the Caspari Center was open to international students who came to learn the Jewish context of the Bible and to be challenged by local believers in this land to understand the importance of Jewish evangelism and a Jewish presence within the worldwide church. 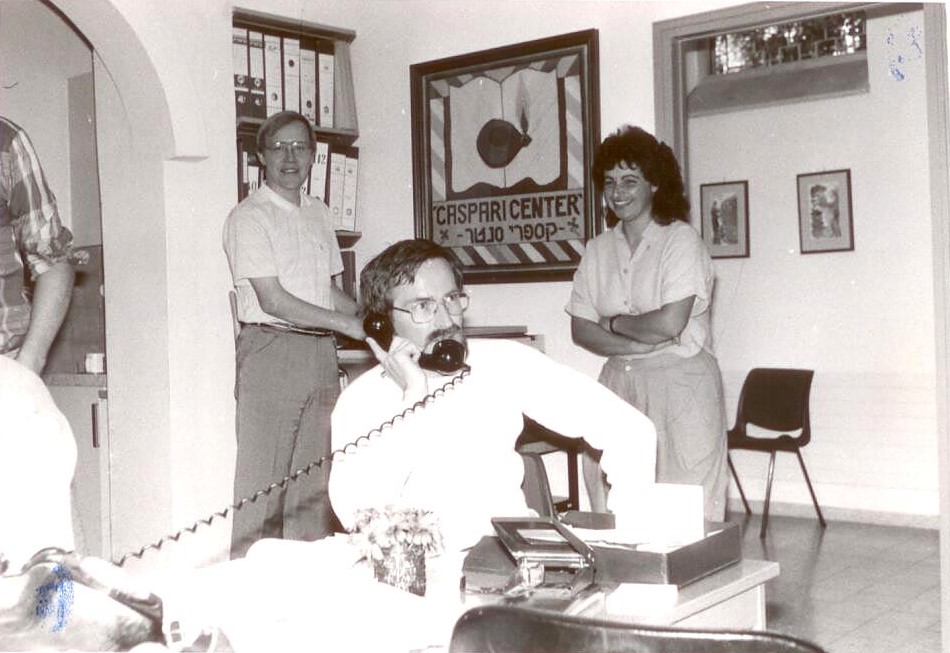 In the decades that followed, under the leadership of Torleif Elgvin, Torkild Masvie, Steve Engstrom, myself and Elisabeth Levy, the ministry has continued to evolve and adapt, always aiming to meet the needs of the local Messianic community, while still serving a wider body of believers from around the world.

The ministry has been through times of growth and of crisis. Possibly the two most challenging periods were during the Second Intifada and the Corona-pandemic. From 2000-2002, 10 bombs went off within a radius of 300 meters from the Caspari Center on Jaffa Street, putting an effective stop to much of the ministry work. However, these challenging times also opened up new opportunities: In 2002 Lisa Loden was appointed the first Israeli Managing Director and was central in the development of the Shabbat School seminars, leadership training courses and more. The local programs have since grown and developed under the leadership of Alec Goldberg. During the Covid pandemic in 2020-2021, new possibilities opened to develop online tools to equip teachers and parents in the midst of lockdowns.

There are always challenges in ministry in Israel. Perhaps one of the greatest challenges, but also one of the greatest strengths of the Caspari ministry, has been the fact that it is both a local Israeli ministry, and at the same time an international partnership. At Caspari Center, both local and international believers share a calling to reach the Jewish people with the Gospel and contribute to the growth of a vibrant local body of Messianic believers in Israel. In this way, the ministry gives expression to the unity of the body of Messiah. 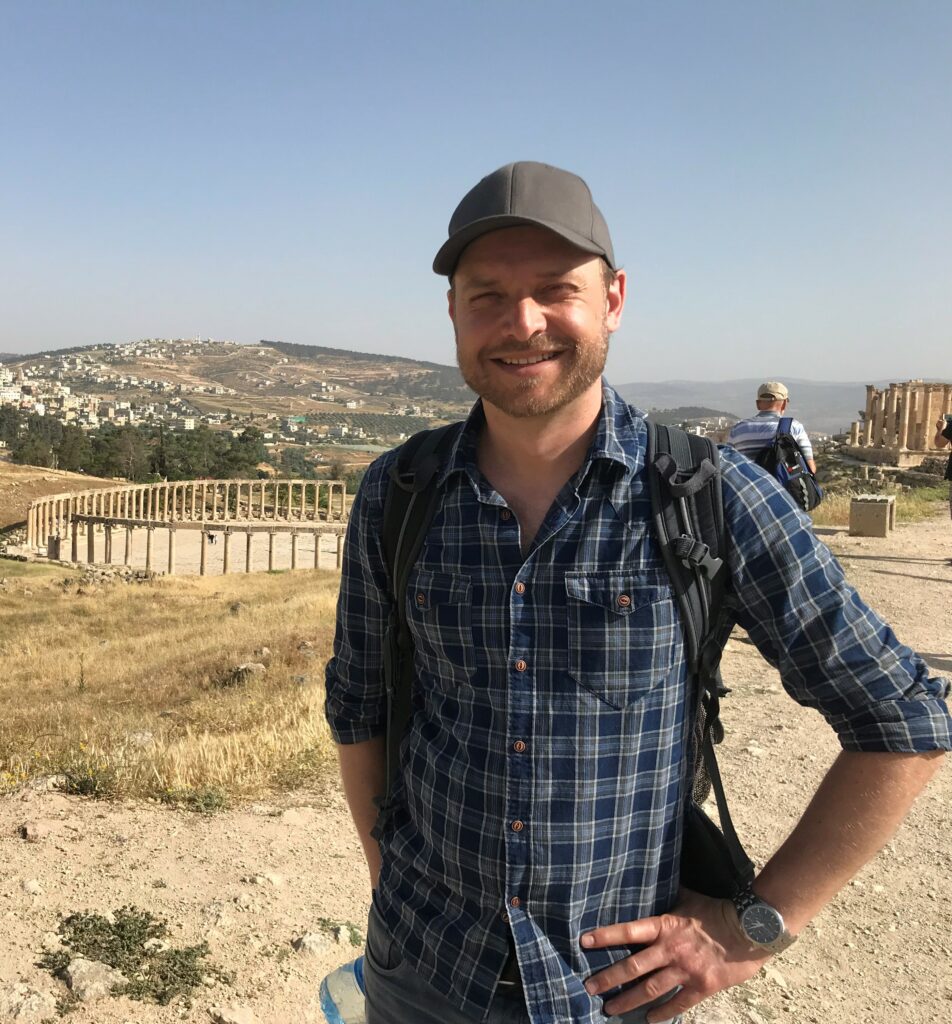 Looking back at 40 years of ministry, we are grateful for the many staff members, board members, volunteers, prayer partners and supporters who have been part of making the work of Caspari Center possible. Most of all, we give thanks to Yeshua, who ultimately is the One who has been faithful to provide for the ministry of Caspari Center and will continue to do so.

At 40, it is perhaps natural to ask, where does the road lead from here? Is Caspari at 40 nearing a mid-life crisis – or only at the start of a long and fruitful journey in ministry?  To use a biblical analogy, is it still wandering in the desert or about to enter the “Promised Land”? I suppose only time will tell. However, I do trust that no matter what, our Lord Yeshua, is and will continue to be faithful to this ministry and to His body in this land throughout the years to come.

Knut Helge Høyland lived in Haifa as a boy with his family, and served as CEO of the Caspari Center in Jerusalem from 2007-2013. He is currently working as a Pastor in Norway.