December: The Month of Hanukkah and Christmas

This year (2016/5777) Hanukkah and Christmas fall on the same day. December 25 is Christmas Day, and also the first day of Hanukkah. So the question is, Do these two holidays have anything in common? Although the two holidays have completely different backgrounds, they are both “festivals of light.” Both are celebrating that the light […]

During the week covered by this review, we received 10 articles on the following subjects:   Israel Christians in Israel Christian Zionism Christian Tourism Book Reviews Music Reviews   Israel Yediot Haifa, December 2, 2016   The Tax Authority has stated that the fires in Haifa, as well as in eight other places, were caused […] 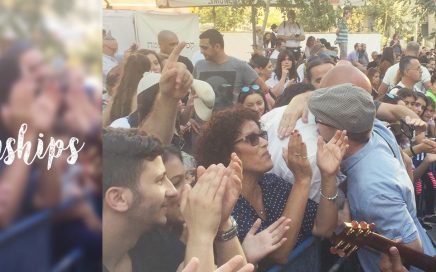 “It’s All About Relationships”

Caspari Center hosted a seminar on fundraising in the beginning of November. At the two-day seminar, 16 participants were introduced to key development topics to help their non-profit organizations achieve their funding goals. The seminar was led by Gerald H. Twombly, founder and executive director of Development Marketing Associates (DMA), an international consulting group committed […]

During the week covered by this review, we received 12 articles on the following subjects:   Political Issues Israel Anti-Missionary Activity Anti-Semitism Christians in Israel Interfaith Dialogue Christian Zionism Miscellaneous   Political Issues Maariv, November 20, 2016   This article discusses the possibility that Mike Huckabee will be the next US ambassador to Israel. “The […]